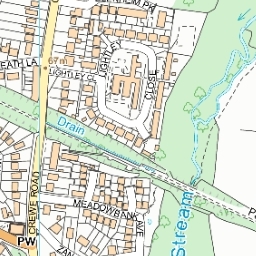 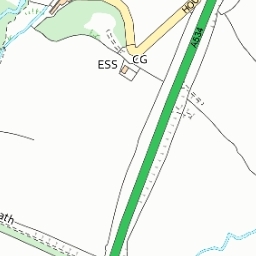 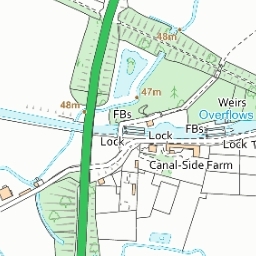 Reported via desktop in the Hedge/Tree Maintenance category anonymously at 20:05, Sun 26 September 2021 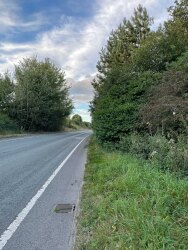 Although I know that you have already been made aware of this, I am writing to you to draw your attention to the dangerous situation at the point where users of the Wheelock Rail Trail have to cross the A534 Wheelock Bypass.

Crossing this busy main road on foot is increasingly hazardous, particularly when crossing in the direction of Malkins Bank towards Wheelock.

The hazards stem from the following:-

The National Speed Limit being in place on the road

Non adherence to that speed limit by many motorists

The absence of any lighting along that stretch of the road

However, the greatest danger is caused by the poor visibility at point of crossing. From a driver’s perspective, advance warning signage is obscured by trees and vegetation on the verges. The grass along the verge is high enough that even if one knows that the crossing is ahead it is not possible to see the gravelled pedestrian area. That is true in both directions. Travelling from Sandbach in the direction of Wheelock the road bends to the left which makes the crossing point very difficult to see as the trees and bushes have been allowed to grow forward and to obscure visibility.

As a pedestrian, it’s virtually impossible to see what traffic is approaching from the Sandbach direction without having to step into the road to get a view due to the overhanging vegetation. With traffic frequently travelling at high speed and sometimes being unlit crossing the road is simply dangerous and with the darker winter days and evenings approaching it will only get more so. The Rail Trail is used by hikers, runners, dog walkers, cyclists and parents with infants and children. However, having to cross the A534 in it’s current state is just simply dangerous. Before we suffer a tragedy, please act promptly to have the verges, bushes and trees at this crossing point trimmed to make it safe to cross the road